ULX3S uses powerful Lattice Semiconductor ECP5 series FPGA chip supported by the latest open-source toolchains. This makes the ULX3S one of the most powerful and desirable platforms for FPGA enthusiasts available today. ULX3S comes equipped with onboard WiFi, display, buttons, LEDs and storage. Flash it using the WiFi connection (over-the-air update), or with one of the bitstreams stored on SD card and browsed by onboard OLED display and buttons. Due to its battery-backed RTC, it can power down completely and wake up only on certain events making it useful for low power applications such as battery-powered remote sensor nodes. And if you’re not of the low-power type, onboard peripherals such as SDRAM, USB, Digital video out, onboard FM/ASK antenna, ADC and DAC can make it audio/video powerhouse for signal processing and synthesis, motor control or SDR cases. You can emulate arcade machines or retro computers like Minimig(Amiga) or modern systems like F32C (MIPS/RISCV). It has 56 GPIO pins, all routed as differential pairs and a PMOD compatible pinout, opening it to a wide range of expansion options. If you are just starting with FPGA, you can also use the ULX3S as powerful Arduino and program it using Arduino IDE in seconds.

Leader of a series of lectures and workshops.

Often exhibits and works within the Radiona’s artistic and educational program. 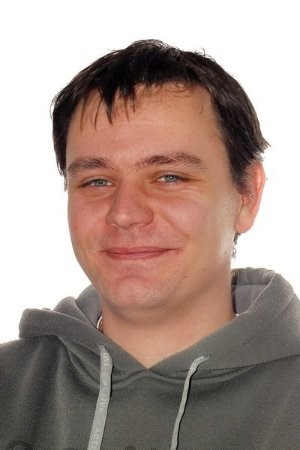 Goran Mahovlić (Zagreb, Croatia)
Goran Mahovlić (electronics tech) worked for years in repair shop for informatic and bank equipment. He moved on to becoming a developer for low power wireless technologies (LoRA/nbIOT) and measuring systems. With constant urge to take apart any device within reach and find out it’s secrets, Goran is equally successful at hardware and software hacking, from cheap chinese products, upcycling old tech, to serious work in technology and microprocessor development. He is a tech coordinator at Radiona. In past, Goran led a number of accomplished workshop and presentations, regular member of Radiona projects and exhibitions, lead and founder of Radiona SmartZG network. A member of Otvorena Mreža (Open Network) project, working towards accessible and open internet. Among his work is founing the Lemilica.com portal, for which he writes.